To think that Bill Clinton was almost impeached. Here, the US of A have a president who just broke the habeas corpus in that big place called the United Nations. Is it because that nation is at war that this tradition is broken? My hats off to Cuban minister of foreign affairs Felipe Perez Roque for deciding to leave while Bush was delivering his speech.

True, he cannot be impeached, everybody is afraid to end up with Cheney.

Then you have the president of the University of Columbia Lee Bollinger insulting the Iranian president. Something is wrong with this picture. In fact, Bollinger has proven to be stupid, you don’t attack people that way, there are many other ways to embarass an elected president! The guy is certainly not a saint, but he was elected same way Bush was reelected. It is the revival of the Inquisition all over again. We know that Ahmadinejad has been really out of this world questionning the Holocaust. It should have been smarter to attack him citing his ancestors and their wisdom. After all, Iran is a rich civilization which has more than 3 000 years of history. To listen to the questions answers go toYoutube. Yes The Islamic Republic of Iran is a dictatorship, but let us not forget that this president has been elected. What goes for the US of A cannot be the same for Iran. This is simply arrogant!

I had a rough day, but listening to the news tonight I am discouraged by the cowardeness of the so called intelligentsia and the demagogy so present in our daily lives. But the way, go visit Eatbees, a great post about myths and a great documentary! 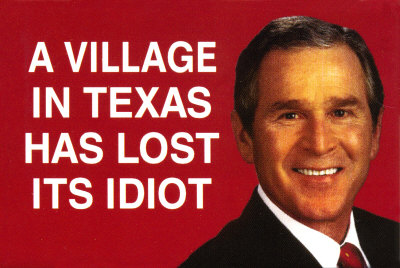 7 réflexions à propos de “ May God Bless, You, America. You Really Need it! ”